Do I look like I know what I'm doing?

This is my inspiration for you for the new challenge at All Dressed Up.

It's a strange title for a blog posting you might think ;) but do I really look like I know what I'm doing?

Yes I can colour, yes I'm an artist - although you guys haven't seen much of that side of me.  I'm enjoying crafting so much I've not really got back into sketching properly yet!  I've done the odd water colour with some of the challenges but I've never dabbled with acrylics or modelling clay.

Mixed Media - what an earth is all that about.  Well my journey has been progressing slowly from noticing these fantastic creations, to getting some books and looking the whole thing up on the Internet.  Eventually I've started to get some bits - some canvasses, some acrylic paints, some stencils and other bits and pieces.  Flowers I've got in buckets as I'm always using them on my cards.

So here goes - it did occur to me afterwards that I should have taken more pictures at earlier stages - ooops!

The image I've used is Party Frock from All Dressed Up.  She's been coloured in pastel purple and black.  Once I'd coloured her I left her for a bit as I was originally going to make a card.  In the end I fussy cut her out.

The first pic of the canvas I've got to show you is where I've covered it with a huge piece of lace which I bought from The Ribbon Girl.  Over the top of this I used a Tim Holtz stencil, brick wall and some modelling clay.  I went over the centre portion of the wall a few times to make it more raised. 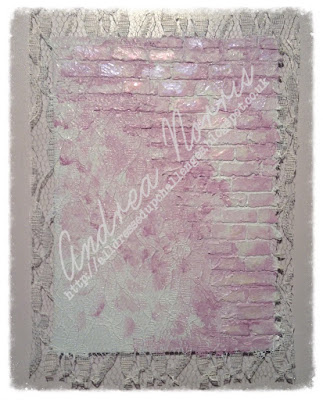 I then mixed some paint up and the only way I can describe it is I splodged patched of different purple shades over the brickwork and canvas.  Once this had dried I used some DecoArt clear crackle paint and some interference paint in magenta and blue - here's a close up of the wall. 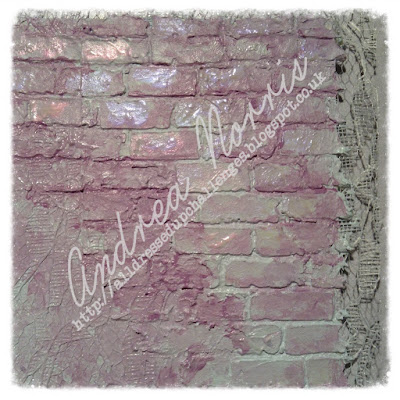 Once all this had dried I trimmed the lace around the canvas then started to add flowers.  The majority of these were from Wild Orchid Crafts with one or two from Live and Love Crafts.  Here's a close up of the bottom right corner. 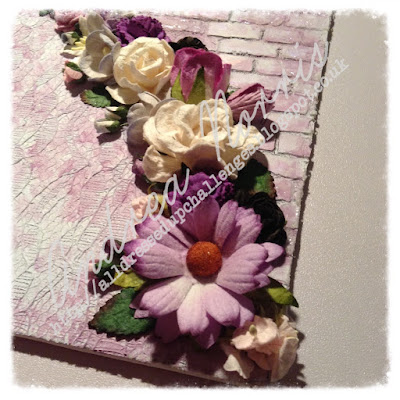 Here's a close up going towards the top left. 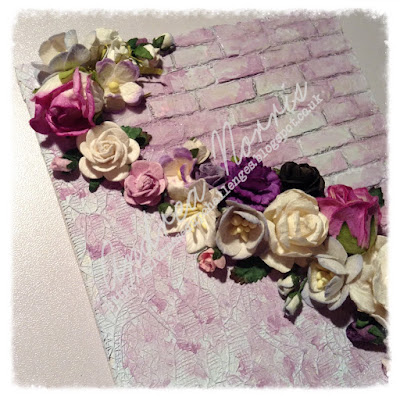 And this one shows the whole canvas with the added flowers. 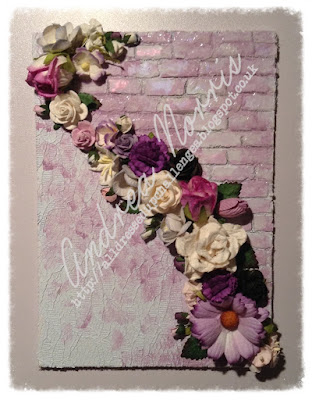 Once all the flowers were set I added the final touches of the silver butterfly and dragonfly beads and my coloured image. 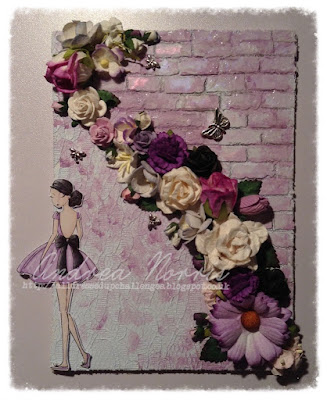 Ta Da!
To be honest I was totally amazed how this came out - not bad for a first go.
Andrea x

Email ThisBlogThis!Share to TwitterShare to FacebookShare to Pinterest
Labels: All Dressed Up, Girls, Mixed Media

Andrea I love this. It is lovely . Thank you so much for sharing with us at Create and Inspire Challenges.

Beautiful card Andrea, love the stunning background you created. Thank you for playing along with our Challenge at Creative Craft Cottage. We would love to see you again … Anet DTx

Wow Andrea, fabulous canvas, I cannot believe it's your first one, it's amazing. Love the design and the colours. Thanks for sharing with us at Lil Patch of Crafty Friends and we hope you will come back and join us again. Jennifer DT member xx

Very pretty creation. Thanks for joining in with the anything goes challenge at I love promarkers
Lyn {DT}

Grgeous first MM project; well done! Lovely textures, colours, flowers and image that come together in great harmony. So the answer is YES; it looks like you know what you're doing! :-) Thanks for joining LLC for our "In the Garden" challenge.

Gorgeous love all your detail, thank you for joining us over on the I Love promarkers challenge blog this week.

FABULOUS Andrea, saw you on F/B m/m group...seems I am already a follower.xx{aNNie My Personal Blog}

Oh you are clever Mrs!! Looks like great fun to make too!x

Fab canvas and looks as though mixed media is gonna be your forte! Thank you for sharing with us over at Anything but a Card this month and hope to see you again in future challenges.

Gorgeous !
Love the texture, flowers and Colors !
Thanks for joining us at CCC Challenges and good luck !
MARYVONNE DT

Wow what a fabulous project Andrea - Its gorgeous! XX

oh wow love it, thanks for joining us at That Craft Place hugs, kay

Gorgeous Card!! Stunning layout. FAB Flowers and Beautiful Design!!
Have a Great Summer!!
Thank you for joining us at ATSC! SummerHug from Sol

What a lovely creation. Loved seeing all the close up photos of the details. Sorry I'm late popping by to see this. Thanks for playing along with us at Lil Patch of Crafty Friends. Hope to see you again soon.
Lynn, LPCF DT

Fabulous creation for a first go with mixed media, so much lovely texture and detail. Thanks for sharing with us at Anything But A Card 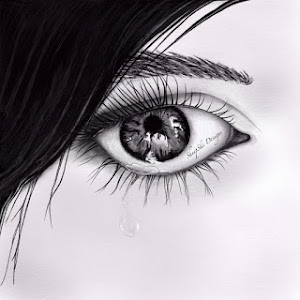 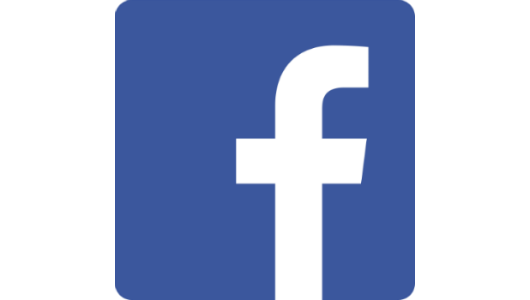 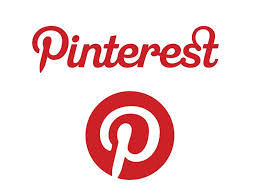 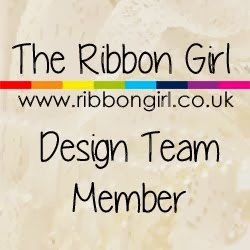 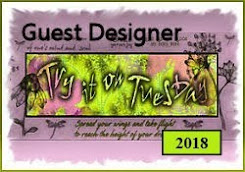 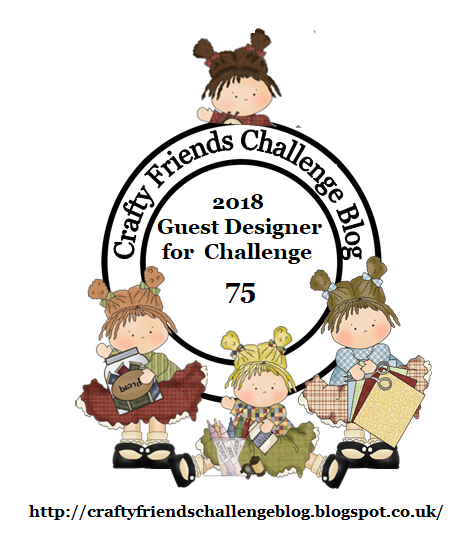 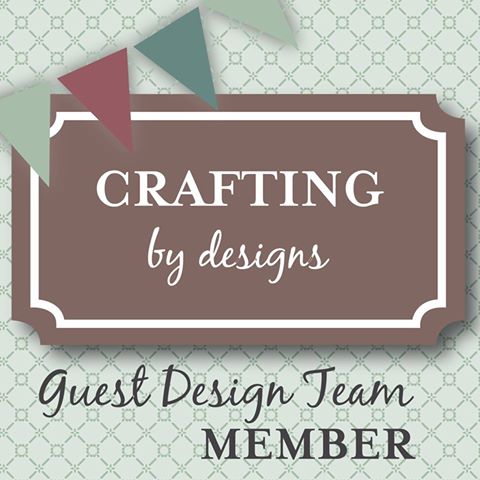 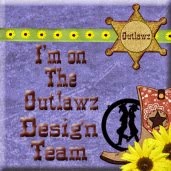